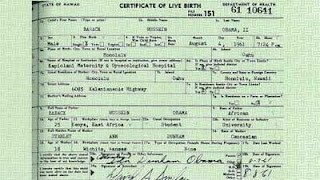 President Barack Obama said Wednesday he was bemused over conspiracy theories over his birthplace, and said the media's obsession with the "sideshow" issue was a distraction in a "serious time."
"We don't have time for this kind of silliness," Obama said, adding that he was puzzled that the controversy fanned by conservative pundits and some of his political foes had rumbled on for two-and-a-half years.

Obama spoke in an extraordinary political moment after the White House released a long form copy of his birth certificate, showing he was born in Hawaii in August 1961.
Posted by CFM at 6:21 AM